The historical context for the proclamation of a historic Constitutional Force Majeure (CFM) by NINAS on 16th December 2020 in Lagos is contained in the CFM Notice link attached below.

Briefly, Nigeria is a union of ethnic nationalities grouped into three regions (a fourth was later carved out) that agreed to be united politically prior to Independence in 1960, as long as certain conditions were met and kept. That Union terminated in 1966 when military coups overthrew the Federating Constitution. From that time, ethnic nationalities were kept in an arrangement with the type of Union they never wanted through military might and Military Decrees. This culminated in the imposition of the 1999 Constitution at the start of civilian rule — a document that does not have the consent of the governed, for it is an imposed Forgery and Military Decree 24 renamed.

This 1999 Constitution created an Apartheid-like unitary system, which prevents national development via a 68-item Exclusive List under central control and also by seizing the resources of indigenous ethnic nationalities. It also prevents indigenous peoples from equipping themselves for proper self-defense against ARMED killer Fulani herdsmen militias and Islamist terrorists, who, under the current Fulani-led government, are actioning what has been called genocide for land grab by local and international observers.

It is certain that indigenous peoples will not stand still and allow themselves to be slaughtered by the Fulani-inspired genocide against them. NINAS Movement has a strategy that can stop the killings nationwide without resorting to civil war to stop the Fulani jihadist killers. Since the instrument being used to enable the genocide is the 1999 Constitution, NINAS started the process of decommissioning, stating that the Constitution was not made by “we, the people” as it falsely claims via the ORDERLY PROCESS of Constitutional Force Majeure Proclaimed on 16th December 2020. A process similar to the method used by South Africa to decommission their Apartheid Constitution is being followed.

Link to the Notice of the Constitutional Force Majeure: http://bit.ly/3pckbKX

The FIVE DEMANDS of the Constitutional Force Majeure Remain the Agenda of the NINAS Movement:

The NINAS Movement Timeline so far: 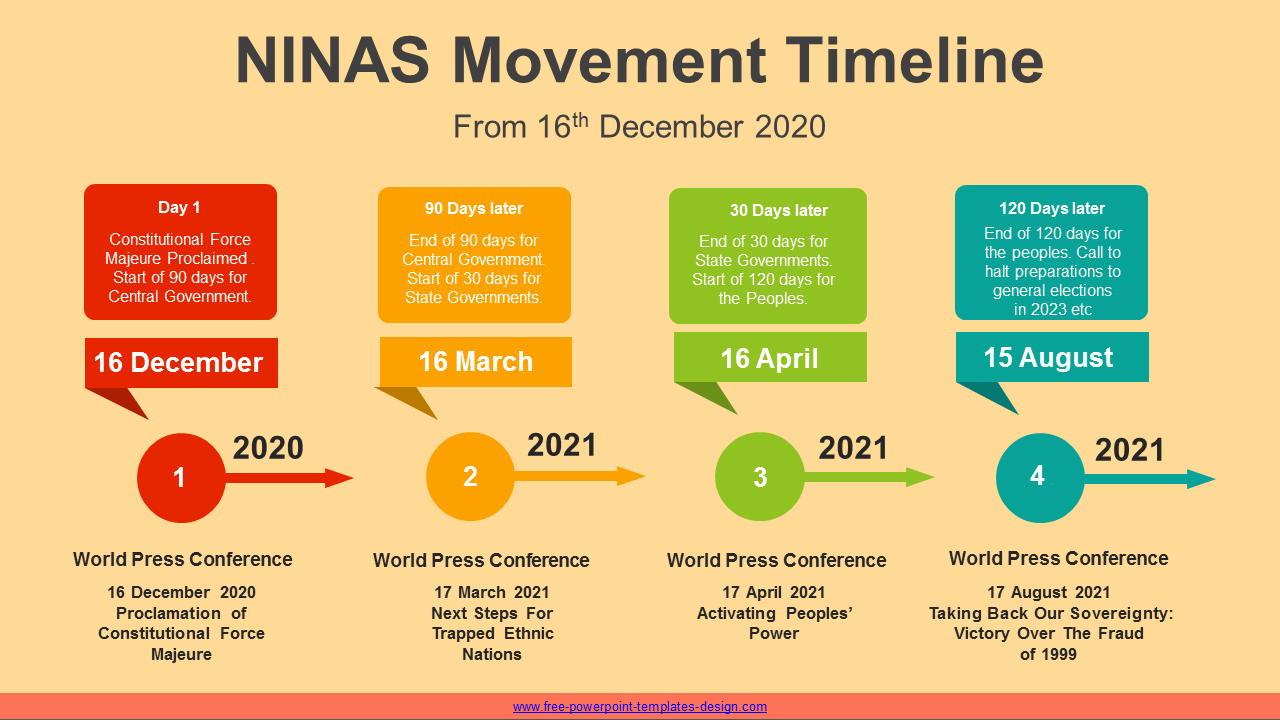 If you need further assistance, you can send us a message.