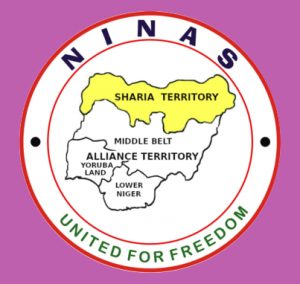 The tone of some of those enquiries and requests suggested that the people making them were ill-informed about the NINAS Constitutional Force Majeure (CFM), and therefore, the NINAS Campaign against further National Elections under the 1999 Constitution. They also seem not to understand the rationale for NINAS’ insistence that 2023 ELECTIONS be shelved and that an immediate TRANSITIONING Arrangement be initiated to undertake the fundamental Constitutional Reconfiguration and Reconstruction. Some of the comments even went completely off-tangent by alluding to some kind of orchestration against one of the candidates.

The Secretariat of NINAS would in response to those enquiries, requests for clarifications, and comments, state as follows:

(iv) To All the Parties:

7. That candidate Peter Obi who less than one year before his emergence as LP presidential candidate, declared that Nigeria was like a vehicle with a knocked engine  (i.e., unworkable Constitution of Nigeria), suddenly makes a volte-face and declares on national television that “the Constitution is not the reason Nigeria is where it is” and that “it is bad leadership”. That was a frontal attack on the NINAS’ Campaign of 22 Years that dates back to 1999 and so, what seems to some as the extra focus on candidate Peter Obi’s campaign was and is still NINAS’ attempt to persuade candidate Peter Obi once again that Nigeria’s imposed Unitary Constitution (1999) is the Chief Problem of Nigeria.

8. The NINAS’ Campaign for the wholesale decommissioning of the death-dispensing 1999 Constitution of Nigeria and Elections mandated by that Constitution will proceed to its logical conclusion as NINAS is persuaded that the said wholesale decommissioning of the fraudulent constitutional basis of Nigeria is the starting point for finding any meaningful solution to the deep, dangerous quagmire Nigeria and Nigerians are currently caught in.

It is the hope of NINAS that Nigeria’s political parties, the candidates, and their supporters, will find the courage to objectively examine and interrogate the Grand Propositions of NINAS as encapsulated in the aforementioned December 16, 2020, Constitutional Force Majeure Proclamation, and also find the courage to redirect the energies currently being committed to 2023 Elections, to the true source of their miseries: the 1999 Constitution.

NINAS also invites all Stakeholders to use the NINAS 10-Point INTERROGATORIES advertised in the Guardian (Nigeria) Newspaper of September 26, 2022, as a NOTICE to political parties, to question the claims and promises of the political parties and their presidential candidates regarding the remediation of the multifaceted dysfunctions and failures of the distressed Nigerian Federation. In particular, to determine whether the current situation of Nigeria will be resolved by further National ELECTIONS in 2023 under the Disputed 1999 Constitution, or by the immediate initiation of a TRANSITIONING Arrangement to undertake the inevitable Union Reconfiguration and Reconstruction that has been outstanding since the 1966/1967 collapse of the Federation of Nigeria.

Here are the links to September 26, 2022, Guardian (Nigeria) Newspaper publication of the NINAS Interrogatories as well as video broadcasts illuminating those Interrogatories.
(i) Guardian Newspaper link:
Notice of NINAS interrogatories to political parties heading to 2023 elections under the 1999 constitution